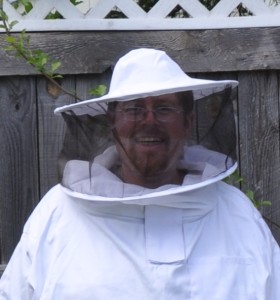 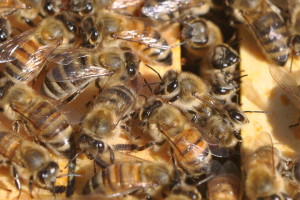 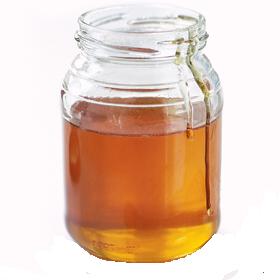 Adapted from a recipe by Barbara Rolek 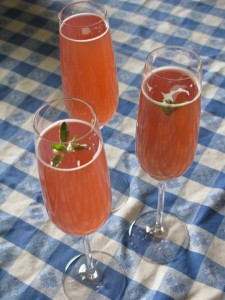 Whiz chopped rhubarb in a food processor. Place pulp in medium bowl, pour hot water over pulp and cover. When bowl is cool enough to handle, place in refrigerator for 2 hours or until cold.

Once cold, strain rhubarb pulp through a sieve into honey-water mixture. Stir. Pour over ice and garnish with either an orange slice or a mint leaf.